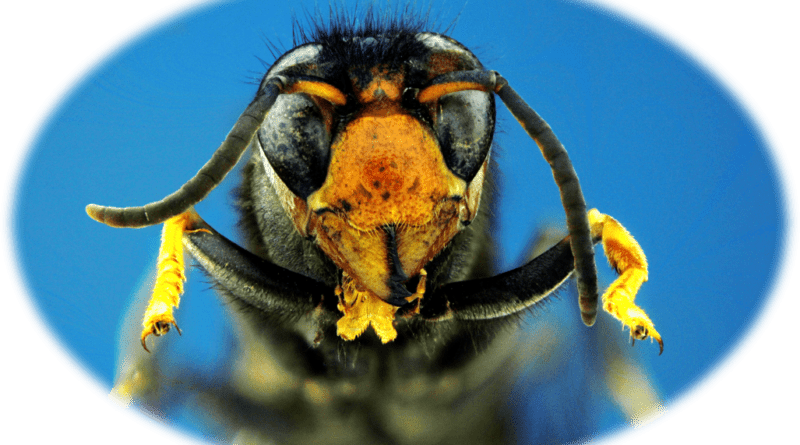 Asian Hornet is an invasive, non-native species which became established in France in 2004 and has now spread across much of France and Spain. It is a voracious predator of honeybees. The first nest was found in the UK in 2016. Since then, more nests have been found.

The National Bee Unit have issued an identification sheet which you can download here:

The following video was filmed in France by one of our members, Richard Beal. It shows an Asian Hornet foraging on Ivy and is typical of the behaviour observed in Tetbury during the search for the first UK nest in 2016. Note the dark thorax, the orange band on the abdomen, the yellow legs, the orange face and the long narrow wings

If possible and safe to do so try taking a photograph or even trapping a suspected Hornet. However, do not under any circumstances disturb or provoke an active hornets’ nest.

If possible, report sightings using the free smartphone app ‘Asian Hornet Watch’. It is available for both Android and iPhone. Sightings can also be reported using the NNSS online notification form or the Non Native Species email address alertnonnative@ceh.ac.uk . Alternatively, if you are not sure what to do, you can contact our AHAT co-ordinator using the form below.